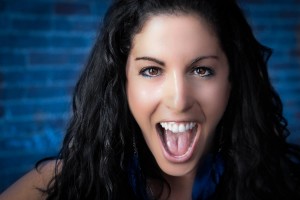 Alyssa Jacey’s Bio:
As a songwriter for more than 9 years, Alyssa now has built a massive repertoire of over 400 originals, in multiple genres, over 70 of them already recorded, three of her singles “Fall Out of Love,” “Gush” and “Drowning Me” getting weekly airplay from radio and Internet radio stations across the U.S.  On May 13th of this year, she’ll release a new full-length album, ‘Destined.’

Her latest single, a fun, upbeat, country song about drinking, ‘Somebody Pour Me a Drink’ was released on Amazon 4/15/14 and can be heard/purchased by clicking this link, now!

Alyssa released three singles last year, “The Light,” “Drowning Me” (Fans #1 favorite song of hers!) and “Don’t Fight the Love,” each can be heard/purchased by clicking one of these links!

Her last full-length album before ‘Destined.,’ was released July 10th, 2012 titled “On the Spot” (available on Amazon by clicking this link).

Her career started by complete accident after she moved to LA in 2004 to pursue her life long passion as a hip-hop dancer/choreographer.  Friends heard her singing to herself, forced her to try karaoke one night, and the rest is history. One year later, having never professionally sang or recorded, she released her first two albums, “The Alyssa Jacey” EP and “Closed eyes… …open Heart” LP.  After submitting to the San Diego County Fair in 2005, she was hired to perform multiple shows there that summer and all around town.  Later that year she picked up a guitar and spent hours a day teaching herself so that by only after three short weeks was able to perform 30-minute sets, accompanying herself. The following year, “The Soul” EP was released after being flown to Miami to record it. This was the first album Alyssa played acoustic guitar on, as well as debuting her percussion, egg shaking skills, which would later turn in to an unexpected path as a drummer!

“Turning Points” EP was released in 2009 (basically taking songs from “The Soul,” re-recording them and added a couple new tracks). By this time Alyssa had already performed over 200 shows both acoustically and with a full band, toured, had multiple TV and Radio interviews and performances, tons of press and she began playing drums at live shows.  Jacey released what she calls her “first real CD,” titled, “Here’s To Change,” in January of 2010.  “It’s the first time I had sent it off for duplication, had it properly designed, packaged, got the bar code, the whole 9.”  This was also the first time she had released a 10-song, full length album, which you can hear on Alyssa Jacey Radio (Pandora.com) where she played acoustic guitar on almost every song.  This one features her hit single, “Fall Out of Love,” which has continued to get radio airplay since it’s release.  Watch her professional music video on her Youtube channel.

Now 10 years later, Alyssa has performed over 1,100 self-booked live shows/tours (click this link to read the latest review on a live concert she performs every Tuesday night online,) sung the National Anthem for the Padres, Lingerie Football League (and others), a multi-instrumentalist, and played shows with Paula Cole, Shawn Colvin, Bruno Mars, Meiko, Serena Ryder, Angel Taylor, Ryan Star, Joan Osborne, Sophie B. Hawkins, PEPPER, Bob Marley’s The Wailers, Keith Anderson, Andy Grammer. It is approaching 2.5 years ago, when Alyssa took a major step and moved from everything she knew from being born and raised in San Diego (Family, friends, where she

graduated college, favorite venues) and moved to Nashville, TN.  In that short amount of time, Alyssa has already accomplished the following:  Released four singles and soon to be her second full-length album, written roughly 50 new songs, played over 350 live shows, performed/interviewed live on both tv and radio, had meetings with record labels, publishing companies, signed three non-exclusive deals with three different licensing companies, had management interest and the list keeps growing.  From day one, Alyssa has done everything herself: Management (both individually and for her band when she has one), production, releasing of albums, marketing, promotion.  “Alyssa Jacey is single-handedly THE most self-motivated person I’ve ever met,” says Ray Gmeiner of Virgin/Capitol Records, and you don’t have to know her to agree; It’s all over the Internet and in any press you’ve ever read.  This kid is one heck of an ambitious, stop at nothing, goal-reaching go-getter, and that’s putting it lightly.  It’s only a matter of time before something major breaks for this artist!

Make sure to hit her up where she does business: