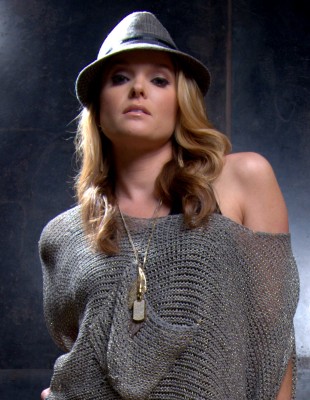 Meghan Shanley was a guest on The Nashville Rocks Podcast. Check it out HERE!

Meghan Shanley was a former Miss Virginia and moved to Nashville to pursue her music career. She has performed at The Ryman and The Wildhorse Saloon, She was featured on Fine Living Network’s show , The genuine article, and has performed at the wedding reception of a certain southern celebrity chef that was aired on the Food Network. The song she performed for that was called “here” and has become a hit with brides nation wide. Meghan has been a performer in touring productions and has done her share of country music and other styles.

Meghan now has recorded and released her new album, Ready For Love and has been performing in support of that album. The style of the album is cabaret, soulful, jazzy and defies genre.

Meghan released her new album, Ready For Love. <– Click To Get Her New Music!

In the shining tradition of truly great singers, Meghan Shanley steps fully into the spotlight.

With her genuine warmth and dynamic stage presence, Meghan blends beloved standards with a delightful taste of jazz and soul to deliver a compelling performance every time she steps to the microphone. Meghan also shares unique original tunes that harken back to a classic era.

Winner of the Miss Virginia title, Meghan discovered an insatiable appetite for meeting fans and making new friends during a life on the road that saw her traveling over 3,000 miles a month in the wake of her win. With a deep love of music, Meghan discovered that she loved touring as well and began to focus on the pursuit of a career in music. She followed her passion from her home state of Virginia and headed to Nashville.

It was not long before Meghan’s talent saw her opening shows for national acts and performing on prestigious stages including the Ryman Auditorium and the Wildhorse Saloon. She has been featured on Fine Living Network’s The Genuine Article and performed at the wedding reception of Paula Deen which aired on the Food Network. The original song she performed, “Here,” has become a hit with brides nationwide.

Her path has taken her down eclectic roads. Meghan has been a featured performer in touring productions of Country Classics: Treasures from the Attic, The Spirit Of Broadway, The Spirit of Christmas, Dancing Queen, Cruisin Classics: A Night at the Diner, and 6Chix.

It was Nashville, after all, so Meghan took a stroll down the Country Music path. But, something even deeper, even richer, kept tugging at her musical soul. With the encouragement of a growing list of friends from a variety of musical genres, Meghan began to explore a style of singing that blends the influences of great singers and song stylists like Billie Holiday, Ella Fitzgerald, Nina Simone, Marilyn Maye, Tony Bennett, Frank Sinatra, and more recently, Harry Connick Jr. and Michael Bublé.

Meghan has been performing with her band in and around Nashville, TN at local venues like Sambuca, while she and her team have lovingly crafted a debut album.

Meghan is eager to share Ready For Love, a flavorful collection of new songs that gather the best of those classic influences into something completely new, completely contemporary and ultimately captivating.