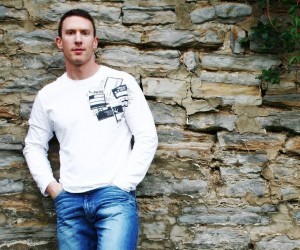 Most people travel to the valleys of heartache or endure the eye of life’s tempest before they can emerge with songs that grip the human experience; but Nathan Brumley went hiking. Following high school, he spent his formative years as a contractor building recreational trails to high mountain lakes and fishing parks in the heart of the Rocky Mountains of Idaho.

Shortly after finishing his last season of trail building, he won Embassy Music’s national songwriting contest in 2000 which subsequently led to his move from Boise, ID to the music mecca of the south Nashville, TN. He’s previously had 2 publishing deals with Embassy Music and Brandon Hills Publishing and has completed his 5th full length album. He is currently the second place winner in the USA Songwriting Competition and was voted best 14 acts of the Southeast by Discmakers 2007.His music is clearly remindful of piano banging crooners like David Gray, Ben Folds Five, and Gavin Degraw.

In addition to that, Nathan is a writer for the Songs Of Love Organization which writes customized songs for kids with terminal illness. He has had 3 songs picked up by Warner Brothers Telepictures Music and was the artist of the month with them in March 2009-also the same month that he had a hold with “Grey’s Anatomy.” Nathan was also a second place winner in the 2009 USA Songwriting Competition, is on a rock compilation album called “The Next Big Thing In Rock”, and was rated #17 in the college market in 2009 for his album “Where You Move Me.” He has also been featured on Nashville’s Lightning 100 new artist spotlight in July 2009. His film placements include: Life Unexpected, Ugly Betty, and Palisades Pool Party.

Currently he’s had a hold with Vampire Diaries which is still pending, song placement with Billy Ray Cyrus’s Surprise Homecoming, 3 songs picked up by MTV, and was chosen to be on a mix CD called “Get In The Mix” which came out in 2011.

Nathan was the premiere guest on the Nashville Rocks Podcast episode 1. You can hear his episode HERE.
For more on Nathan, visit the following links: