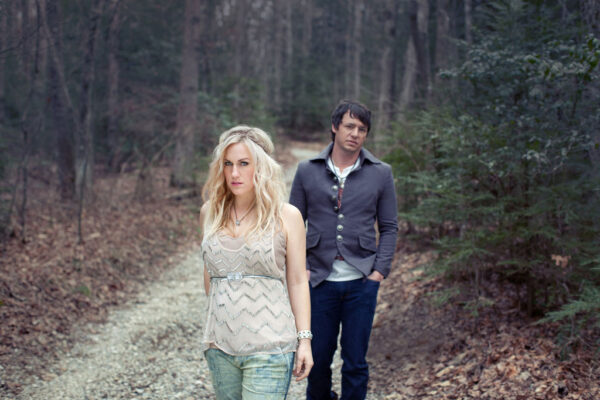 When two artists, already wise to the ways of the Country Music world, form a duo called American Young, the result can be more varied than what you often get from sibling pairs.

When the twosome is Kristy Osmunson and Jon Stone, it can also be close to magic.

They have plenty in common. Both are American and, though well established in Nashville, young. Stone’s writing credits include “Me and My Gang” for Rascal Flatts, “A Woman Like You” for Lee Brice and “It Ain’t Yours to Throw Away” for fictitious superstar Gunnar Scott on “Nashville.” Osmunson sizzled on fiddle with another duo, Bomshel.

Expect American Young to be making music this memorable well into adulthood.

OSMUNSON: “The Do’s and Don’ts of Twerking.”

STONE: “Teleportation – anything besides the back of a cop car.”

STONE: “Confusion Gets You Far in Life.”

OSMUNSON: “Carrot juice and veggies – I’m pretty much a rabbit.”