NASHVILLE – X marks the coolest daytime spot for Nashville’s “signature” event in the AT&T U-verse® Fan Fair X with autograph signings, concerts, lifestyle exhibits, a marketplace, interviews with the stars, demonstrations, and much more inside the Music City Center during 2014 CMA Music Festival, June 5-8 in Nashville.

Artist of the Day LeAnn Rimes will kick things off Thursday, June 5 (9:30 AM/CT).The CMA Award-winning singer will cut the ribbon, officially opening Fan Fair X. Following the ribbon cutting, Rimes will perform and answer questions on the CMA Close Up Stage before signing autographs at CMA Central, CMA’s autograph hub in the center of all the Fan Fair X action. 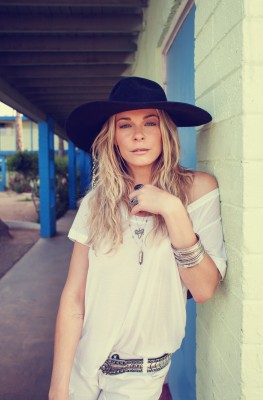 Get Your Own Nashville Rocks T-shirt

And Show The World How Much You Love Music City!

The CMA Close Up Stage is one of THREE stages inside Fan Fair X, where fans can discover new music, learn more about the stars they admire, and hear the hits from the writers who created them. Fan Fair X is open Thursday through Sunday, June 5-8 (10:00 AM-5:00 PM/CT). Venue doors open at 9:00 AM/CT each day. 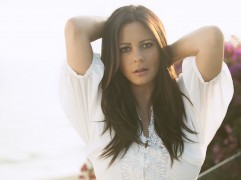 Each morning during the Festival, a different Artist of the Day will take to the CMA Close Up Stage to kick off the day’s events (10:15–11:00 AM/CT). Opening day will feature Rimes discussing her new VH1 TV show that will be shown in the CMA Screening Room. Friday’s Artist of the Day will be Sara Evans, who will be joined by longtime video director Peter Zavadil, as they discuss her career and share an insider look at her video highlights. Craig Morgan will get the action started as Artist of the Day on Saturday, and Lady Antebellum will make a special Artist of the Day performance on Sunday. 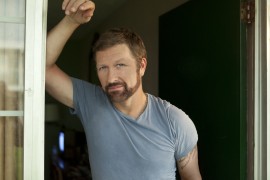 Another artist making a CMA Close Up Stage appearance in 2014 is Kix Brooks, who will  present his American Country Countdown radio program from Fan Fair X on Saturday, June 7 (11:15 AM/CT) with special guests. Brooks is also donating a package from his Arrington Vineyards winery as part of the Keep the Music Playing Silent Auction in Fan Fair X, which benefits music education. 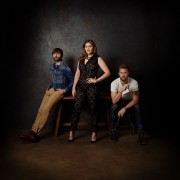 On Thursday, June 5 (noon), fans will have a once-in-a-lifetime opportunity as Billy Ray Cyrus will preview his upcoming film “Like A Country Song” in the CMA Screening Room. More than 200 lucky fans will join Cyrus for the exclusive screening, after which he and other cast members will take to the CMA Close Up Stage for a question and answer session. On Saturday, June 7 Cyrus will be signing autographs in CMA Central.

Nashville’s hit tunesmiths will be featured on the CMA Close Up Stage throughout the event via the SESAC Songwriters Series, which will present shows on Thursday, June 5 (12:30 PM/CT) and Sunday, June 8 (1:00 PM/CT and 1:45 PM/CT). The Thursday show will feature Craig Campbell, Rob Hatch (who penned “Goodnight Kiss” performed by Randy Houser), Jim Lauderdale, and Lance Miller (who penned “Drink to That All Night” performed by Jerrod Niemann). The first show Sunday will present Curb recording duo American Young and the second will feature John and Jacob.

On Sunday, June 8 (4:15 PM/CT), Mark Collie will be part of a panel on the CMA Close Up Stage that includes filmmaker Ken Mandel, Warden David Mills,and Chaplin Dean Yancey from Collie’s documentary “The Mountain,” which will be showing in the CMA Screening Room (2:00 PM/CT). Collie will perform a song written for the movie and answer questions regarding the film that revisits the real life prisoners and people who inspired his acclaimed album Alive at Brushy Mountain State Penitentiary.

On Friday, June 6 (1:00 PM/CT) professional bull riders Reese Cates and Cory Rasch will talk about what it takes to go up against opponents 10 times their size. It’s not if a rider will get hurt, but when. These two cowboys will discuss injuries, daily routines, and their lives as bull riders. Fans can also take their shot at lasting eight seconds on a mechanical bull located at the Professional Bull Riders booth.

Get On The Bus
Located inside the Music City Center and Fan Fair X for the duration of the Festival will be the tour busses of two Country Music legends offering fans a glimpse into life on the road for Kix Brooks and Country Music Hall of Fame member Barbara Mandrell. The Mandrell bus was used on her final tour when she announced her retirement.

Plus, Dierks Bentley’s truck, known as Big White, which was featured in the lyrics and video of his No. 1 song “I Hold On,” will be on display in Fan Fair X.

XBowling
Throughout the Festival, Sports Challenge Network will have bowling lanes set up for tournaments and exhibitions inside Fan Fair X where celebrities, professional bowlers, and fans will be encouraged to try their hand in mini-tournaments and challenges.  Making appearances inside Fan Fair X to play against select winners are George Ducas, Lindsay Ell, Joshua Scott Jones, Lonestar, Natalie Stovall & The Drive, David Shelby, Lizzie Sider, The Henningsens, Trent Tomlinson, Trick Pony, and Mark Wills.

Nashville’s Signature Event
Getting a coveted autograph from an admired artist or celebrity is the heart of what CMA Music Festival is all about – the interaction and relationship between Country Music artists and their devoted fans.

Launched in 2012 and back in 2014 is an online autograph drawing so fans don’t have to spend time waiting in long lines only to leave empty handed and disappointed. The procedures for autograph seekers will enhance the overall Festival experience, improve safety, and make the process for securing a treasured autograph with the most popular artists equitable for all Festival goers.

Of the numerous artists appearing in Fan Fair X over the four-day event, most signings do not require tickets. In these instances, fans may freely join the line formations for non-ticketed signings. A select few signings require tickets. This system helps ensure crowd safety is maintained inside Fan Fair X.

To sign up for a chance to win tickets to these ticketed sessions and events fans must enter online at CMAfest.com from Wednesday, May 21 (10:00 AM/CT)−Tuesday, May 27 (11:59 PM/CT). Fans will be prompted to create an account and complete the online entry form by selecting the artists they would like to meet from the list of ticketed signings (please note, only one account per person is permitted). Once the form is complete, fans are automatically entered into the random ticket drawings for each artist selected. If drawn, the fan will receive two tickets to that session. Winners will be notified by email by Friday, May 30.

See it Here First!
This year Fan Fair X will feature the CMA Screening Room, which will allow fans to experience exclusive previews of films by and featuring their favorite artists, as well as programming from ABC, A&E, and VH1. In addition to the screenings of the Billy Ray Cyrus film and Mark Collie documentary, A&E will be previewing an episode of their new series “Big Smo,” which follows the life of Warner Brothers Recording Artist Big Smo on his journey as a larger-than-life Country rapper taking his unique musical style to new heights with the support of his family and lifelong friends.

The ABC Television Network will present fans with the opportunity to watch ABC shows before they premiere on TV. And another “first look” opportunity will occur as fans of LeAnn Rimes get to watch an episode of VH1’s “LeAnn & Eddie,” a satirical look at the lives of one of the most gossiped about celebrity couples.

Something for the Kids
Back in 2014 are special activities in Fair Fair X just for children and families. Kid-friendly activities include inflatable bounce houses; face painting and balloon artists; the Nashville Symphony instrument petting zoo with mini lessons by Nashville Symphony members; a music recording studio experience from Notes for Notes, a beneficiary of The CMA Foundation’s Keep the Music Playing program; arts and crafts provided by JoAnn Fabric & Craft Stores; the Nashville Public Library and Wishing Chair Productions Puppet Truck will present “The Frog Prince” each day; and Now Playing Nashville will provide various family friendly activities like cornhole, hula hoops, and hopscotch.

Kidde Fire Safety, a global leader in home fire safety products, invites Country Music fans to celebrate their own “unsung heroes” with fun activities promoting home safety including a chance to score giveaways from Disney’s “Planes: Fire & Rescue,” which will be in theaters on July 18, and meet fire safety advocates and artists.

The Tennessee Performing Arts Center, through its partnership with Disney, which is made possible through The CMA Foundation’s Keep The Music Playing initiative, will present a Disney Musical Mash-Up, where children take part in a karaoke-style sing-along using costumes, songs, and props from their favorite feature films including Disney’s “Aladdin,” “The Jungle Book,” “101 Dalmatians,” and “The Aristocats.” There will also be a Make a Mini-Musical area where children recreate a scene from Disney’s “Aladdin” including the lively song “Friend Like Me.” The interactive program includes a warm-up activity led by professional artists on key elements of musical theatre, including singing cues and choreography. Each participant receives a keepsake script of the scene courtesy of Disney Theatrical Group and Music Theatre International.

Entertainment Value
Fan Fair X is free to all CMA Music Festival four-day ticket holders. If you do not have a four-day Festival ticket, CMA is making tickets available to Fan Fair X  for $10 a day; or $25 for a four-day pass. CHILDREN 8 AND UNDER ARE FREE. Tickets are available onsite and in advance through Ticketmaster at Ticketmaster.com or the CMA Music Festival Box Office by calling 1-800-CMA-FEST (262-3378) (price includes handling fees). Visit CMAfest.com for details.

Up-to-the-Minute Information
Fans can stay in the loop by visiting CMAfest.com, the official website of CMA Music Festival, where they can sign up for the CMA Exclusive enews or download the CMA Music Festival App presented by AT&T U-verse® for iPhone or Android. Fans can also connect with CMA at Facebook.com/CMA, Twitter.com/CountryMusic, Pinterest.com/CMAworld, Instagram.com/CMA, and by texting FESTIVAL to 66937 (standard text/data rates may apply).