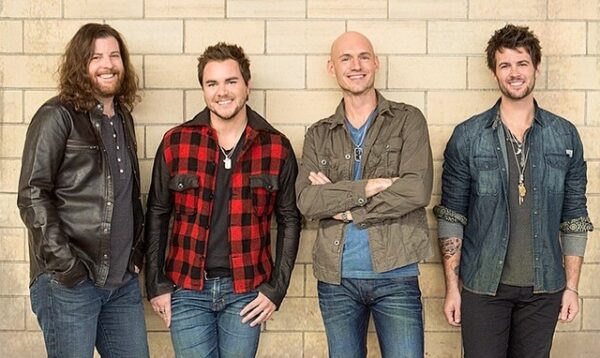 How Does Eli Young Band Stay In Step With Fans? 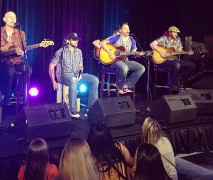 Some artists might cringe when presented with an old publicity photo to sign during a backstage meet-and-greet or at CMA Music Festival — but not the members of Eli Young Band.

For guitarist/lead vocalist Mike Eli, bassist Jon Jones, drummer Chris Thompson and guitarist James Young, vintage pics document their long journey toward their current status as hitmakers. They know they owe their success to their fans and are always thinking of ways to keep that connection with them alive.

Their latest outreach offered something extra with a preorder of their latest album, 10,000 Towns. They made it even more special by including a signed Polaroid with every order, getting some serious writer’s cramp in the process.

“It’s hard to find something that is truly unique anymore, that is one of a kind, because everything can be so mass produced and duplicated,” Jones explained. “Even if somebody has just autographed a piece of memorabilia, it doesn’t feel that special in a way. There’s just something about a Polaroid picture. We’re in the picture, we’re taking the picture, and it just feels like something different. Even before the digital age, if I could have gotten that from a band I loved, that would have been totally worth the price of admission.”

EYB’s members appreciate that thrill of something that an artist signed or posed for, just for you. “Sometimes you’re sitting in the meet-and-greet, or you meet somebody at a restaurant and they say, ‘I love your music! Can I take your picture?’ As a fan, I know it’s great to have that moment and that picture, because it doesn’t exist anywhere else,” Eli said.

The band members have put a premium on cultivating personal ties with fans since the earliest days of their career. From the beginning, they used meet-and-greets as opportunities to spend quality time with their fans one-on-one.

“If the guys aren’t in a rush to go to the next town, they’ll go out and sign and meet people as often as possible,” said the group’s manager, George Couri of Triple 8 Management. “They’ll sign for everyone. They recently did a signing on release week and signed for over five hours. They stayed and signed until every person was done. It filled up, and we kept thinking it was going to get a little bit shorter. But people kept showing up, and they kept signing until everyone was gone. It’s hard to measure what impact that has, but it doesn’t matter. If there’s time to do it, they do it. These people are excited to get that time with them, and it makes the guys happy.”

Their love of connecting and performing has enabled the group to welcome thousands of fans nationwide as they’ve toured with Kenny Chesney, Jake Owen, Darius Rucker and other artists. “For any of us, some of the best moments we have in life are when we’re up on that stage in front of all those people, and they’re cheering for us,” Young reflected. “It’s just the greatest feeling when we know we’re connecting with fans and giving other people the same experience we had when we were fans.”