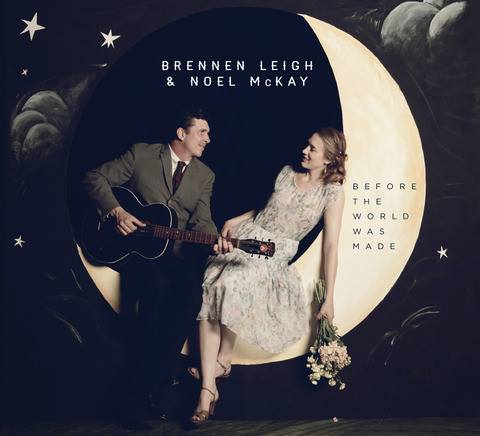 Before the World Was Made is a delicious mix: raw, retro Country plus sweet irony. That’s apparently the specialty of Brennen Leigh and Noel McKay, the Austin-based duo whose debut, on their B&N imprint, is hilarious, sentimental and profound, usually all at the same time.

Produced by Gurf Murlix, with only one of its 12 tracks penned by an outside writer, this album draws from Guy Clark, Lucinda Williams, the Louvin Brothers and, perhaps unconsciously, Nichols and May. Backed by a bare-bones band that consists of a drummer playing mainly snare, an acoustic bassist and occasional guests, they ponder love’s absurdities. A theme emerges in their titles alone. “Breaking Up Is Easy” is followed by “Breaking Up and Making Up Again,” in which McKay intones, “I forgot that you’re a bore,” and Leigh responds, “And I forgot how loud you snore,” both singing with a delightfully flat, deadpan delivery.

And who could resist the wisdom of “Let’s Go to Lubbock on Vacation,” which reasons that if they survive a week or so there, they’ll know they’re in love? Or “The Only Other Person in the Room,” a forlorn pickup song involving the last two folks in the honky-tonk at closing time?

But then they close with “Great Big Oldsmobile,” an unexpectedly touching pledge of lifelong adoration. “I’ll be deafer than a post and grayer than a ghost, but you’ll still steam my glasses up when you’re 92,” McKay promises — and we believe him.

For more on Brennen Leigh and Noel McKay, visit www.CMACloseUp.com. 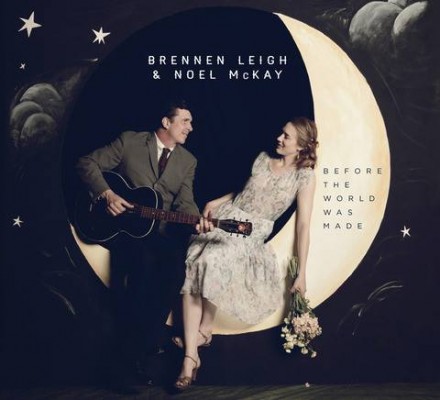 ALBUM IN YOUR PLAYLIST

BOTH: “Guy Clark’s My Favorite Picture of You.”

NOEL: “I sing with my dream duet partner nearly every night.”

ACTOR WHO WOULD PLAY YOU IN A BIOPIC

BRENNEN: “Getting to play mandolin and sing with Charlie Louvin.”