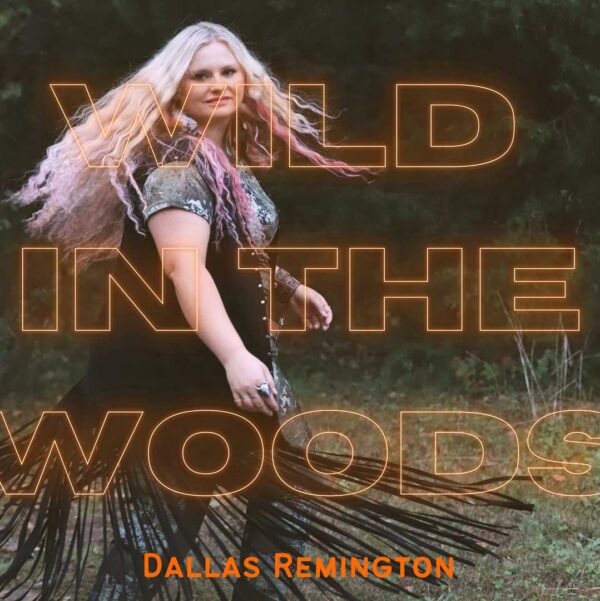 NASHVILLE, TENN. – (November 19, 2021) – Rising Country songwriter and performing artist, Dallas Remington, known for her energy and ambition, has released a new single, “Wild In The Woods,” to digital music platforms. Production, engineering and mixing was by Corey Lawson at Claw Sound Studios and Mastered by Harold Larue Mastering in Nashville. Studio musicians on the project included bass guitar by Curtis “Footz” Comack, drums and percussion added by Dave Ryan, electric, acoustic guitar and banjo were played by Corey Lawson, slide guitar and dobro added by Spencer Wade, keys along with B3 organ were provided by Greg Herndon and background vocals performed by Mariya Stokes. The tune was written by Chris Sligh, Mary Kutter and Dallas Remington during a writing session while talking about the types of parties they would have once the pandemic is over. True to her roots, Remington said she would choose to have a bonfire on her family farm. “Wild In The Woods” is available on all digital streaming and download platforms at wildinthewoodsDR.

“I’m so excited to have written this smash with Dallas. She is so talented, driven, and I’m blessed to call this Kentucky gal my friend. Pumped to see this jam and this future star rise to the top,” exclaimed Mary Kutter!

Wild In The Woods Roots 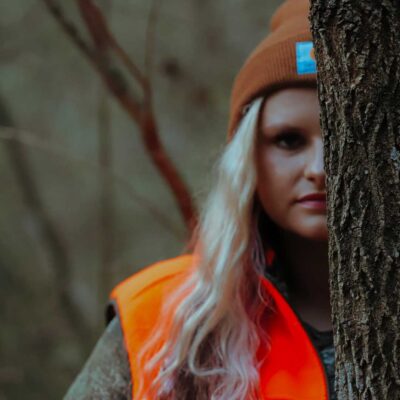 “I’d heard a guy at a Kroger in Springfield, TN tell someone “I don’t drink anymore, I like to keep my wild in the woods,” and I immediately wrote that down in my phone. When I met Dallas for the first time and she described what she wanted to write, that title fit perfectly. It was a fun write, and I’m so proud that this song will be out in the world,” shared Chris Sligh.

It is always an awesome time when you get to write with someone you’ve grown up in the industry with. Mary Kutter and I have known each other since we were both very young and both still commuting from Kentucky. I was so honored when she invited me to write with her and the amazing vocalist/writer, Chris Sligh. I grew up on a farm down a dead end gravel road in the backwoods of Kentucky and about the only time we ever got to be wild was in the woods or down at the party deck on the creek. Mary, Chris and I wanted to write a “party song” and when Chris threw out the title “Wild in the Woods” – I was hooked. This song is my definition of a good time.” stated Dallas Remington.

“…Way out there, that’s where
I get down till the sun comes up
I don’t need a DJ
Or a big city crowd to have me some fun
I ain’t a stick in the mud
It ain’t that I’m being good
I just keep my wild in the woods
Taking shots at empty bottles
Out where the blacktop ends
I’m a live wire around a bonfire
Dancing like no one’s watching
Guess you misunderstood
In my neck of the woods
We do what you would if you could
Yeah, that’s how we party …”

The past couple years have no doubt been long and stressful for everyone. “Wild in the Woods” was written in the midst of the pandemic when Dallas, Chris and Mary were talking about the types of parties they would have once the world is back to “normal.” Some of Dallas’ favorite memories are of spending time with her family in the woods on their farm. Growing up outdoors with her family and friends exploring, hunting, fishing and ending the day with a bonfire are memories she’ll cherish forever. This upbeat, swampy song places the listener deep in the woods, miles away from the nearest bar or big-city crowd. Enjoying the simpler things with the people you love is what life is all about.

Download Dallas Remington’s Song Wild In The Woods on Amazon or iTunes here:

Dallas Remington is a no-nonsense country recording artist and songwriter who knows who she is and what she wants. The Kentucky-born, fifth generation farming family member who started performing in Nashville at age 11 and moved to Nashville at the age of 15, thrives with a passion for life, her music, and her faith. Dallas’ vocal talents are marked by her striking lyrics and textured phrasing; her fiery verve and vigor comes to life in every performance–intimate or live. Her passion for playing the guitar and performing began at an early age, around nine years old, however she regularly plays a variety of instruments with guitar and bass as her primary focus. “Singing will always be a part of me. Whether I’m singing at church, on the street, on a flatbed trailer, or somewhere in Nashville, I love every minute.” she stated. A Dallas Remington performance includes a variety of songs, from her originals like “Found Her Freedom” (charted top 60 on MusicRow Breakout Chart), and “Never Turned Around“(charting #37 on the MusicRow Breakout Chart), “Boy In A Band ” which climbed to #41 on the MusicRow Breakout Chart, “Huntin Season” which topped out at #32 on Music Row Country Breakout Chart & #9 on CDX True Indie Chart. Pre-pandemic, Dallas played an average of 100+ shows and events a year, including solo and full band sets. Dallas and her band actually closed out the 2020 Houston Livestock Show & Rodeo just a few days before the Covid shutdown. With shows already booked in Kentucky, Montana, Missouri, and Oklahoma for this year; Dallas is excited to get back on the road! “Uncommon Man” (released May 2020), has crossed 700k organic streams on Spotify and charted #43 on the Billboard Country Indicator Chart as well as #24 on the MusicRow Country Breakout Chart. The song is dedicated to her father as well as all the essential workers during the Covid-19 pandemic. Dallas is gearing up for a breakout year with her new single, “Princess” which is currently rising on the radio charts, released Spring 2021. Her video in support of the song was featured on CMT as has amassed over a million views over all platforms. Dallas also loves to perform traditional country songs from artists such as Johnny Cash and Dolly Parton, as well as southern gospel and classic Rock. Dallas Remington’s talents have been recognized by the music industry by the Volunteer State Country Bluegrass Gospel Music Association who presented Dallas awards for Entertainer of the Year, Instrumentalist of the Year, Traditional Country Female Vocalist of the Year, New Country Co-Songwriter of the Year for “Found Her Freedom” and “Never Turned Around” (2016), Traditional Country Co-Songwriter of the Year for “Here’s Your Trailer Key” (2017) and Traditional Country Songwriter of The Year for “I’m Country”(2016) and Female Instrumentalist of Year 2018 ages 18-21.