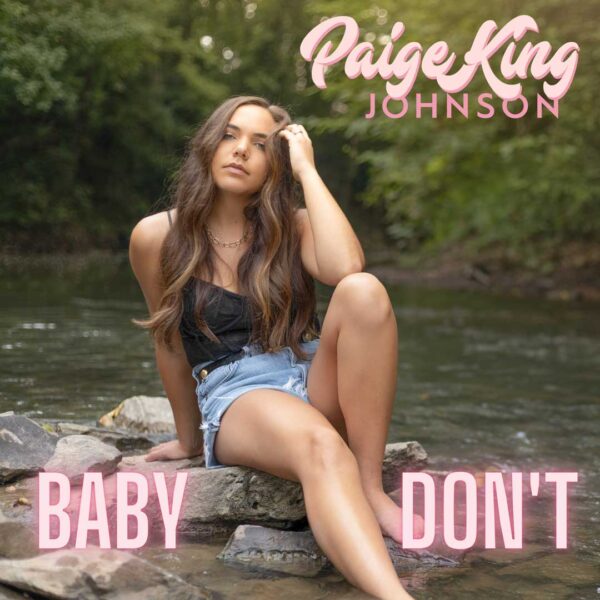 “Paige King Johnson’s new single finds the North Carolina native sounding sultry and self-assured on this playful romp about a woman who knows she’s on the verge of falling head over heels in love. The production is engaging and Johnson’s vocal magic draws the listener in and it’s a sure bet they’ll want to hit repeat on this catchy tune.”
– Deborah Evans-Price 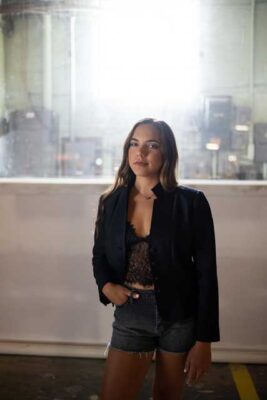 Johnson’s strong vocals soar on this lively tune, as the lyrics are both charming and assertive. She sings of a feeling some of us are all too familiar with, knowing we are on the brink of falling in love quickly with every little thing they do drawing us closer. Johnson brings the energy and attitude to the release of this relatable song that will have listeners singing along to every word. “Baby Don’t” is now included in TIDAL’s Rising: Country playlist and was premiered by Wide Open Country and is available to download and stream on all digital platforms!

“‘Baby Don’t’ has opened up a new side of me as an artist, and I love it! To me, this song is the perfect mix of fun, flirty, dance-y & country (most important of all!),” shares Johnson. “I had so much fun in the studio with this one, and I hope everyone enjoys listening to it! I’m also super grateful to Wide Open Country for premiering the lyric video for ‘Baby Don’t’ for everyone to be able to sing along with me.”

Paige King Johnson was recently the first artist signed to PCG Records, after having been in progress with PCG Artist Development’s Emerging Artist program for two years. Currently being promoted nationwide, “Baby Don’t” is Johnson’s first single with PCG Records and is already receiving positive responses among PlayMPE’s TOP 5 downloaded and streamed songs.

Johnson continues to prove why fans can’t get enough of her music and fun-loving personality with the release of “Baby Don’t”!

She currently has 95K plus streams on Spotify for her song “Just Like You.”

To keep up with everything Paige King Johnson, visit:

Born in a quiet North Carolina town just 22 miles south of Raleigh, as a young 9-year-old girl, Paige King Johnson spent her summers under the crepe myrtles imitating the styles of Loretta, Patsy, Waylon, and Merle. Having a grandpa as her biggest fan also meant receiving the gift of her first guitar – a baby Taylor – and enrolling in lessons. After her grandpa passed, the bright-eyed dreamer carried on his memory by taking her newfound discovery to local fairs, festivals, and any other stage she was allowed to stand on. As she grew older, Johnson added “opening act” to her resume, supporting chart-topping artists like Scotty McCreery, Neal McCoy, Luke Pell, and James Otto. And with high school graduation came the realization that this was more than a hobby. The Angier native traded in horse pastures and back roads for the bright lights of Music City in 2015. Upon starting school at Belmont University for Music Business, Johnson honed in on the magic that had heavily influenced her as a child: the art of storytelling through songwriting. 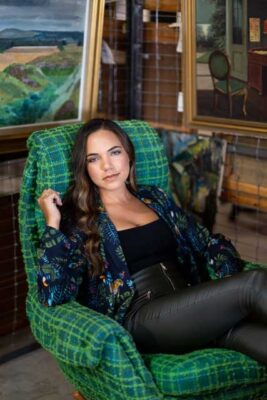 The famous Bluebird Café was just one of many writers’ circuits around Nashville that provided a safe space for Johnson to meet other writers, try out new tunes, and get feedback. In return, Johnson began captivating audiences with her down-home stage presence, cut straight to the bone stories and raw country voice, reminiscent of the classic country era. In the last four years, Johnson has traveled back and forth between Nashville and the Carolinas, playing shows like the North Carolina State Fair and running her dinner theater, Country on the Outskirts of Town, that she founded in high school. Johnson’s quarterly show provides an atmosphere for locals to enjoy Southern cooking, fellowship with friends, and the sounds of classic and current country music with some gospel thrown in. A three-time Carolina Country Music Awards Winner for Female Vocalist of the Year, Country Emerging New Artist, and Tour of the Year, Johnson’s devoted homegrown fan base continues to expand farther than just her backyard.