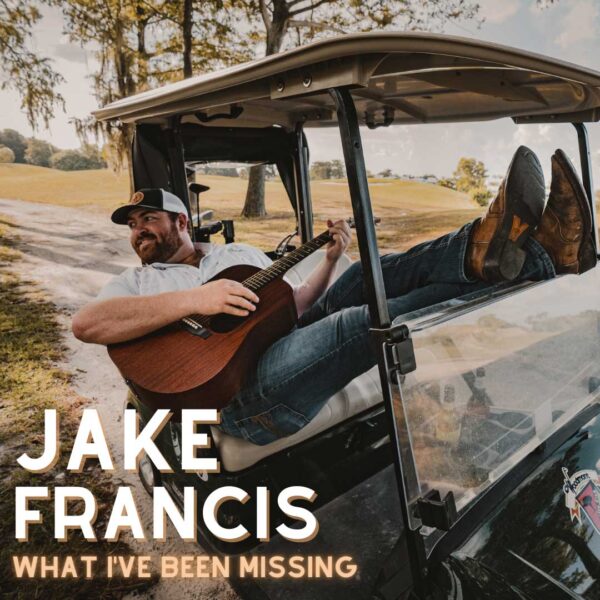 Jake Francis’s new single, “What I’ve Been Missing” was released on October 8, 2021.

Jake FrancisListen to 'What I've Been Missing' On Amazon

Jake Francis is an emerging singer-songwriter

residing in Nashville, Tennessee. He wears his heart on his sleeve with every song he plays. Inspired by legends like George Strait, Johnny Cash and Luke Combs, he’s bringing back the classic sound of country in a modern country world. He prefers to stick to his rich country roots by crafting traditional, stripped-back songs.

Jake is an up-and-coming country artist

that is sure to leave you hungry for more of his smooth and authentic country voice. “What I’ve Been Missing” is a song that expresses how it feels to get back into the way life was before the last relationship happened. Sometimes it can be a breath of fresh air to go back to the things you want to do, but there is that thought in your head that wonders what they are doing without you. Breakups can be hard, but good things do come from them.

“When I got home and saw my friends, I finally realized just what I’ve been missing.” We don’t always see just how much we give up to be in a relationship until it’s over. With his captivating voice, Jake tells us everything he did once the breakup happened.

Jake’s songs often touch on a range of relatable topics

writing heartfelt songs from his own life experiences. Jake aims to tell stories that can paint a picture in people’s minds through his lyrics and laid-back guitar strums.

As a little boy, Jake always had a love for country music. Born and raised in Coral Springs, Florida, he grew up with a love for competition and sports. He played baseball, golf, football and hockey throughout his childhood. His father bought him his first guitar at the age of twelve, but he never got around to learning until hanging up a career as a Professional Golfer. While starting a farm in Central Florida where he grew produce and sold to the small town’s restaurants and community, Jake fell in love with the art of songwriting. After selling the farm only a few short years later, Jake moved back home to sunny South Florida. He began playing the local bars and made a name for himself in the South Florida music scene in a very short time. He moved to Nashville, Tennessee in 2021 where he is playing and writing music, and gigging on Broadway and around the city.