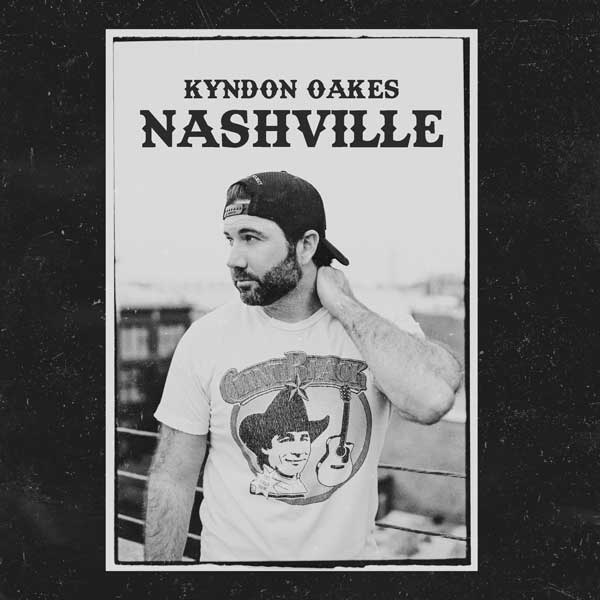 Listen to 'Nashville' On Amazon

“For his first release since the disbanding of his radio-charting group Lockeland, Kyndon Oakes pays homage to the city of Nashville and all its charms, encouraging us all to stay the course in this 10-year town, and enjoy the stories along the way,” shared co-writer Renn Anderson.

“Kyndon cleverly captures Nashville in this song, his performance gives people an inside look at the spirit of a city that he definitely knows and loves,” Lee Turner

“Whether you’re slinging drinks
Breaking strings
Doing what you can to make ends meet
Never forget as crazy as it seems
Chorus
It’s an up late, give or take, Find another hand to shake, can’t stand still
Always all in, thick or thin, room for all of us to win
Yeah that’s Nashville…”

Stay current with everything Kyndon Oakes on his website kyndonoakes.com. 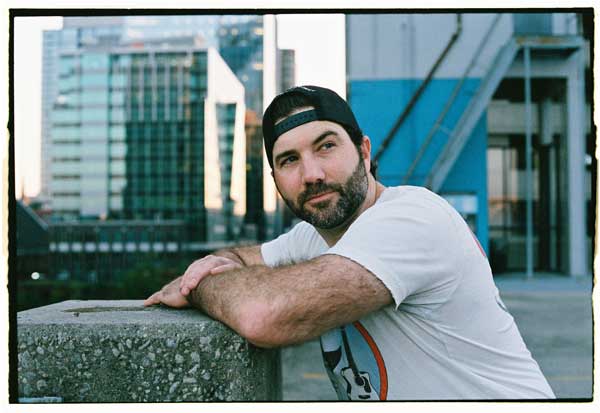 A native of Independence, Kansas, currently residing in Nashville, Tennessee, Kyndon Oakes brings country music the perfect blend of “small town” and “big city.” Coming from a hometown with a population of less than 6,000 and now living in the heart of Music City, he has the experience to write and sing about both sides of the coin.
The first in his family to pursue it professionally, Kyndon began to show an interest in music around the age of eight when he recalls getting down on one knee and singing the Boyz II Men hit, “On Bended Knee” to his grandmother.
Music wasn’t the only thing occupying his mind, however. Growing up, Kyndon was passionate about sports and outdoor activities. Football, baseball, hunting and fishing were always at the forefront of his leisure time. A typical boy, he describes himself as “a little reckless at times, but it was worth it.”
Ever the work-minded individual, Kyndon and his brother started their own lawn care service while they were very young. His next “real” job was at a bank shredding papers.
When his free time turned to music, he chose to learn guitar, having taken lessons first and then continuing to educate himself on the instrument. He counts Collin Raye, Joe Nichols, Don Henley, Bruce Hornsby, Patrick Droney, Blake Shelton and the Goo Goo Dolls as his greatest influences. His favorite songs as a young adult were Collin Raye’s “Love, Me” and the Goo Goo Dolls’ “Name.” In fact, his first attempt to play an entire song was a cover of “Name,” although he gave up on it after breaking too many strings trying to tune properly and ended up learning Lonestar’s “Amazed” instead.
As time progressed, Kyndon continued to have the support of his family and friends with his music. He would audition for talent shows and play and sing in college. Still an avid sports enthusiast, he played baseball at Allen County Community College in his hometown of Iola and football at Colorado State University in Pueblo. He rounded out his higher education by graduating from Lipscomb University in Nashville with a degree in Exercise Science.
His love of music never wavered and he constantly pursued it, even while employed at other jobs. In addition to doing music, Kyndon currently works as a private banker. “Music will always bring me back, whether I have a different job or not,” he says.
At the moment, Kyndon is recording an album and writing new music. He is currently working with Lee Turner and Renn Anderson, both are producers, musicians and writers. Whether he prefers to write alone or with others, Kyndon said it depends on how he’s feeling, but he predominantly writes with others.
A veteran of performing live, he has opened for several notable acts, including Big & Rich, Cam, Kip Moore and Aaron Watson. He’s played on the Spotlight Stage at CMA Fest and the UK’s Long Road Festival while a member of the trio Lockeland.
While serving as lead vocalist in Lockeland, Kyndon saw success with the radio singles “Made For Mornings,” “Drive” and “‘Til the Cows Come Home,” all of which he was a co-writer on.
As a solo artist, his single, “Nashville” is set to release in October 2021 on all media platforms. He is also in the studio, actively recording a full album, which he hopes to release in 2022. As he works toward that goal, he says picking a favorite from the new album would be difficult, as they are all special to him. “Every song means something to me. I have put a lot of emotion, time and energy into it, so it would be hard to narrow it down.
When he isn’t hard at work, you can find Kyndon engaging in his other interests, such as finance, sports, coin collecting, hunting, fishing and hanging out with his dog Asher. Even though he has a limited amount of time to himself, he always finds the most joy when he’s on stage. “Just being a part of making people happy and seeing them have a good time. The way they react to a song and sing along to every word.”
A goal-oriented person, Kyndon has aspirations of someday playing iconic venues like the Grand Ole Opry, the Ryman Auditorium and Red Rocks in Colorado. His dream collaborations are with Collin Raye and the Goo Goo Dolls.
As for now, this gifted country music artist is focused on making the best debut album he possibly can and he’s excited for fans to hear it. He looks most forward to “letting people hear my growth in music and the songs that mean the most to me.”