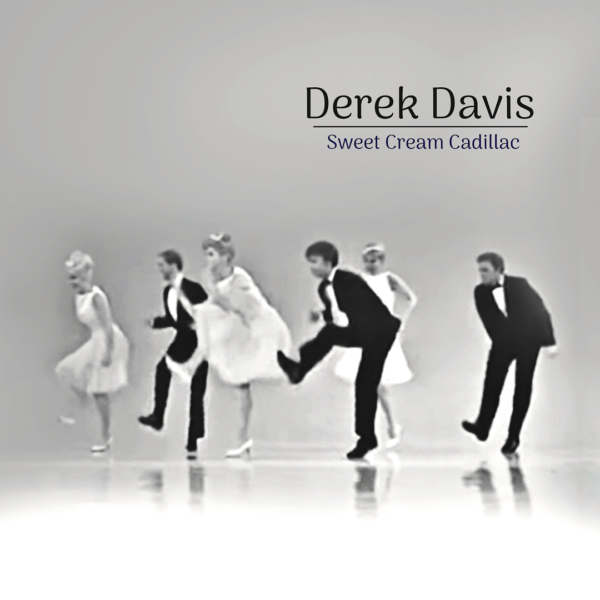 Derek Davis, Frontman and Songwriter for former “Arista Records” and “Frontiers Records” recording artists “Babylon A.D.” has just released his first single and video “Sweet Cream Cadillac.” The track is from his upcoming new album “Resonator Blues,” which lands worldwide on June 1st 2019. “Sweet Cream Cadillac” is a 1960s foot stomping, hand clapping, dancing at the hop type of up-tempo song, with a memorable slide-lead played on a Silvertone acoustic. Girls and Cadillac’s, is the story line and fun, fun, fun, is the motor that runs this uplifting piece of swinging blues!

“Resonator Blues” is Derek’s third solo album after his initial 2012 release “Re-Volt.” His second offering, the 2017 “Revolutionary Soul” ushered in some great Retro Soul’ and was widely praised by music critics and fans alike. In total Davis has performed and written on twelve albums. With a wide range of influences, Hard Rock, Southern Blues Rock and Old School R&B Soul and now the Blues. On his latest offering Derek Davis weaves early Delta Blues, Americana, Folk, Hillbilly Twang, Southern Rock, Traditional and Jump Blues all into one. The twelve mesmerizing tracks of which ten, Davis has written, pin the listener’s ears back and demand they sit up and take notice. Bottleneck-Slide is prevalent on nearly all the tracks along with some wailing harmonica and sometimes a blistering Texas Telecaster lead will be heard. This is a multifaceted album, a journey of sorts all rolled into one great magical music ride across America down highway 61. The vision of Derek Davis, who not only sings and plays all the different guitars and bass on the record, also does a masterful job creating lyrical landscapes with a moving production. The voice of Derek Davis is unmistakable. He belts out each song with emotion, passion and power, using his amazing gift to reach the listener and weave his tales. The voice is gritty yet melodic and every song is sung as it should be. His guitar work is exceptional, raw, and captivating. To sum it all up, Davis has made one hell of an American Blues album. In a day and age where it seems music is made by computers and programmers that have sucked the life out of the music of today, it’s great to find a hidden gem that can and will stand the test of time. Vinyl anyone?