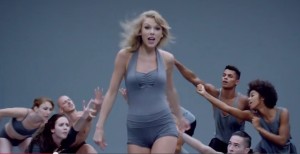 Taylor Swift breaks free of her country roots. I never thought I’d be doing much reporting on Taylor Swift. I have to admit I was not a fan of her work. She’s probably a great person and very sweet (from what I hear), but I just didn’t dig her style of tunes. Now remember, that’s coming from a guy who likes most music, but my core music genre is hard rock and metal. It’s just who I am.

Well, has Taylor Swift found out who she is? OR will she piss off all her existing fans of her country sound? I say NO. She’s not going to piss off her fan base! Think about it. Her fan base is mostly young girls… and who likes to dance more than young girls?! 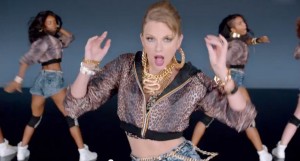 She has stepped outside her zone and has taken two years to produce this new release and with the likes of Mark Romanek to produce this video as a part of this major pre-release. Taylor seems to be poised to rock the world with her new style and I have to say…I’m diggin’ it.

She rocks several looks in the new video channeling her inner Cher, Madonna and Lady Gaga and dare I say Jennifer Lopez. But my favorite look has to be the hipster look from the 50s. 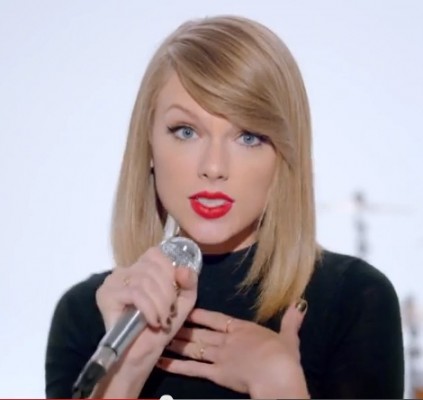 Get the new single Shake It Off

Have a look at the new video: