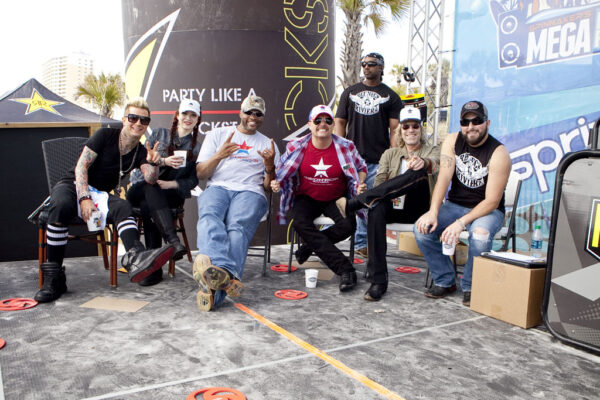 It was the spring of 2008. John Rich was sitting on the wharf in Gulf Shores, Alabama, sipping a beer and watching the crowds go by. When he glanced down at his drink, he noticed it was wrapped in a koozie that read, “Gulf Shores, in the heart of the Redneck Riviera.” Rich thought, “Wow, that’s such a great phrase! I wonder who owns it.” So he called his attorney, never imagining that the answer to his question would be … nobody!

In that moment, Redneck Riviera, LLC, was born. 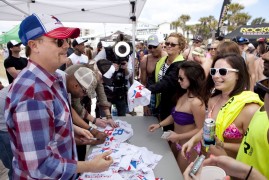 Less than a month after its online kickoff and spring break concert/launch party on March 18 in Panama City, Florida, Redneck Riviera’s website had racked up more than 10,000 email signups. Their line includes more than 40 tanks and tees for men and women, plus caps, accessories, koozies, license plates, decals and stickers. Plans are underway for a mass retail entry into brick-and-mortar stores in 2015. On the drawing board are Redneck Riviera slot machines, white and gold rums, beverages and foods, boots, denim, sunglasses, watches and, according to Rich, maybe even a Redneck Riviera Bar & Grill someday.

“Redneck Riviera is a way of life,” he explained. “Everybody relates to it, no matter where you live or where you’re from, whether you’re a redneck or not. It’s about people who work hard and play harder, people who hunt and fish and go camping and boating and take spring breaks and throw down at sports events every weekend. It’s not a zip code or a geographical address. Redneck Riviera is a state of mind.”

Realizing that he would need an expert team of business partners experienced in design, manufacturing, sourcing and distribution, Rich signed on with Earthbound LLC, the licensing company that paired high-end fashion designer Isaac Mizrahi with Target and QVC.

“This relationship has given us a very good understanding of the Southern lifestyle – Southern hospitality, Southern consumers and Southern retail markets,” said Milin Shah, business development manager for Earthbound. “So when John approached us with this opportunity, we were very, very excited.”

Earthbound licensed The Game, a division of Delta Apparel, to handle development, design, distribution and social media for Redneck Riviera, with Rich positioned as brand ambassador.

“The thing that got us excited in the first place was the power of John Rich and the marketing and passion that he has behind this project,” noted Doug Allen, Director, Merchandising and Product Development, Delta Apparel. “It’s one thing to launch a new brand. But when you’re launching a new brand with a celebrity like this, who’s well known and has great connections, you know it’s going to be a much more accelerated launch than normal.

“We run every design, every concept and every piece of fabric by John Rich,” Allen continued. “He has a definite vision for this brand, so we want to be sure we’re 100 percent aligned with it.”

For his part, John Rich prefers to downplay the celebrity angle and instead focus on the cachet and legacy of a term that he believes should belong to the American vernacular.

“The day will come when nobody wants to hear a 50- or 60-year-old version of me sing ‘Save a Horse, Ride a Cowboy.’ But I can have fun with Redneck Riviera for years to come.”