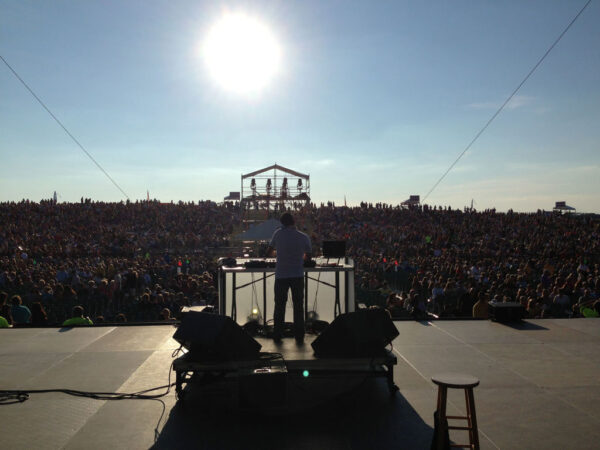 Yup, about 15 years ago, a few electronic musical pioneers started sneaking Country snippets into their DJ sets at dance clubs. Meanwhile, at some Country bars, DJs were adding club beats to the records they were spinning.

Today, a new crop of DJs have built national reputations specifically in Country Music. They keep the party going between sets and add to the live show on major tours. One prominent practitioner, Dee Jay Silver, has even signed with RCA Records Nashville.

DJs have achieved undeniable visibility in Country Music. To understand how, start with the terminology.

A remix manipulates and rearranges elements from an original recording, adds beats, loops and other components and then assembles them to create a new musical entity. A mashup is a remix that takes two or more songs and blends them together. Typically, the songs getting mashed up have lyric and/or melodic themes that can play off each other.

Before starting a remix, DJs try to gain access to the original multitrack recordings and “stem mixes,” which involve creating and processing groups of audio tracks separately before bringing them into the final master mix. This lets you pick and choose which parts of the song to use or not use

Most DJs would remix Country songs similarly to how they would treat dance, house or hip-hop. But there are differences as well.

Dee Jay Silver points to tempo as a particular challenge, especially with Country classics. “There were no click tracks or drum loops in those days,” he said. “It was recorded live. I’ll need to be riding the beat a little bit (i.e., making the original tracks sync with the drum loops).”

Fortunately, software is available that offers means to manipulate tempo without affecting pitch.

Silver, whose radio show “The Country Club with Dee Jay Silver” went into national syndication in April, strives in Country remixes to keep much of the original instrumentation intact and avoid adding heavy effects to them. “I want to keep Country Country,” he explained. “Country is guitar. Country is fiddle.” 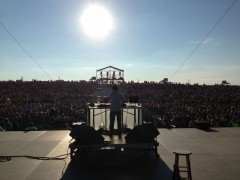 Another leader in the field, DJ DU, respects the original recordings too but doesn’t mind taking a few liberties, including manipulating instrumental tracks with loops and effects or even recording new parts. “I might drop in a different bass line, add a solo or cut my own guitar part,” said DU.

DJ Hish, meanwhile, says it’s not always possible to gain access to individual tracks for live and/or studio use. “I can’t just call up John Mellencamp and ask him for his stems,” he observed. 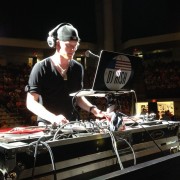 Instead, he’ll create what he calls “redrums” by taking a two-track master and manipulating it with effects. This helps him isolate elements of the track he wants before adding electronics. He’ll often start by removing the low end from the recording to minimize the drums and bass.

“The great thing about Country Music is that the genre has expanded so dramatically,” said Hish. “There are classic and modern songs that range from 75 BPM (beats per minute) and fit well with a hip-hop beat. And there are songs in the 128 BPM dance range. Country Music often uses strong guitar riffs that are easily recognized and therefore easy to use for intros to hook the crowd.”

So how are DJs a positive force in Country Music?

“The future is original music,” Silver noted. “Country is in the digital age.”

“You’re really starting to see a lot more of us out on the road,” Hish concluded. “Tour managers are starting to realize how easy it is to bring us along and how much more energy it brings to the event. No longer are people going to wait in line for the bathroom between sets. They’re holding their bladders and dancing with their beers raised.”