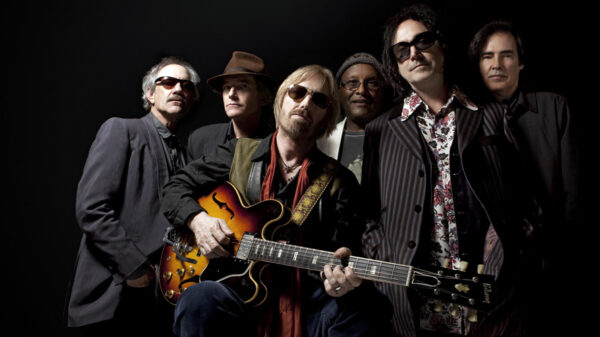 How to Thwart Music Equipment Theft

From rock stars to up-and-comers towing trailers, too many artists and musicians have been victims of equipment theft. Whether it’s Tom Petty and the Heart­breakers losing five vintage guitars during a soundcheck to a sticky-fingered security guard, or Country newcomer JJ Lawhorn being ripped off for $4,000 worth of gear from his band’s van while checking into a hotel in Valdosta, Ga., no one is immune.

But everyone can more effectively deal with and prevent equipment loss.

Step One involves purchasing replacement value insurance or, at the very least, adding replacement value riders to homeowners insurance as a safeguard against theft. “All my gear is insured for replacement value,” said veteran guitarist, guitar builder and former Lonestar tech Ricky Dodson. “I have detailed descriptions of my gear and any upgrades that were made to them, as well as model and serial numbers, obviously. I take pictures and mark them, sometimes overtly and sometimes subtly, where the would-be thief might not think to look for it. Also, I don’t advertise on my car that I play, with bumper stickers of brands or anything like that. And I always leave my gear in the trunk if I can’t carry it with me.”

Top-call bassist Dave Pomeroy, President of the Nashville Musicians Association, AFM Local 257, suggests another way for some musicians to minimize losses to theft. “Some players have ‘home’ guitars or ‘studio’ guitars and use other, less valuable instruments for the road or gigging around town,” he said. “But many carry their personal favorites on the road despite the risks. Those who are on the road know to be extra careful and the tech crews are ultimately responsible for the security of the band’s instruments.”

To keep the classic look while cutting down on the value of gear stolen on tour, Pomeroy noted that “more and more instrument companies are offering ‘relic’ or ‘vintage’ versions of new guitars that attempt to recreate the things that make a 40- or 50-year-old instrument desirable, with varying levels of success. Taking these to gigs does work for some folks.”

Regardless of whether the purloined item is a Gibson SG Junior ’60s, like one of the guitars boosted from Petty’s band, or a lower-budget knockoff, some gear will inevitably be taken. When that happens, there are ways to alert the community to be on the lookout. “We want to make it easy for musicians to get organized and hard for thieves to sell stolen gear,” said Molly Nagel-Driessen, who owns Gear Track (www.Gear-Track.com), an online instrument and music gear database. “Through the registration of serial numbers and other identifying information, users can simultaneously keep track of their own gear and be armed with the right details should theft occur. Our ultimate goal is to become the first stop for buyers and sellers of used instruments, as well as pawn shops and law enforcement.

“Our first recovery story is a great case study in how Gear Track works,” she continued. “A buyer of a mandolin near Seattle put out an inquiry about the value of the instrument to a popular mandolin forum. One of the users there searched our site and found that it had been listed as stolen. The buyer contacted the original owner, negotiated with the pawn shop they’d bought it from, and the instrument was returned, along with a second mandolin, to its rightful owner.”

Chris Stone, Founder of the Screaming Stone Stolen Instrument Recovery Project (www.ScreamingStone.com), has similar stories to share. “We just recovered a guitar that was stolen about 15 years ago,” he said. “It was a Les Paul Junior, and he had a picture of it with ‘Murph’ etched on the top, because his father’s name was Murph. Someone saw the picture on our website just after seeing the guitar in a pawnshop.”

There’s a lesson in this tale, Stone insists. “You could hire a professional luthier to etch your initials into the bottom of the fretboard. Or if you change the tuning keys, take a picture of that. And if you see an instrument that seems to be tampered with in a store, put a deposit down, write down the serial number, go home and do a serial number search on a stolen instrument site or Craigslist.”