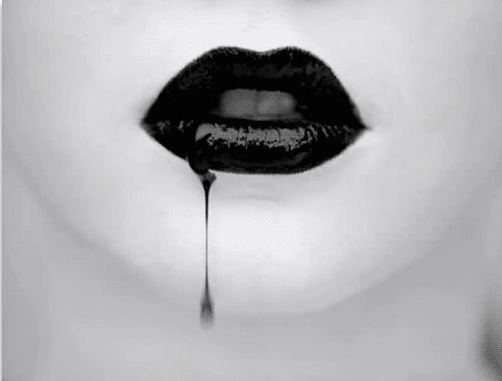 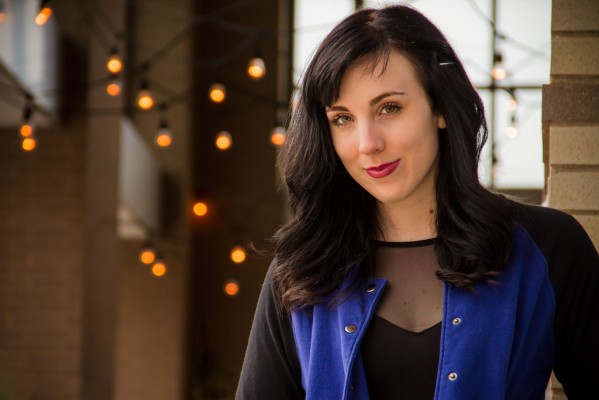 NR: So we definitely need to meet.

NR: So tell me what Connor does as part of Kenzie Kaos

KK: He creates the beats and tracks and plays keys.

NR: He does the sequencing?

KK: Yes, he does.  He is the Mozart of Kenzie Kaos.

NR: Do you collaborate on song lyrics?

KK: Yes, we write everything together.

NR: Do you write on keyboard or something else?

KK: It depends song to song. Connor usually writes starting from the keyboard

NR: On the website you are putting forth a goth kind of theme.

KK: We are pretty goth aren’t we. (laughs)

NR: You were the innocent college girl weren’t you? 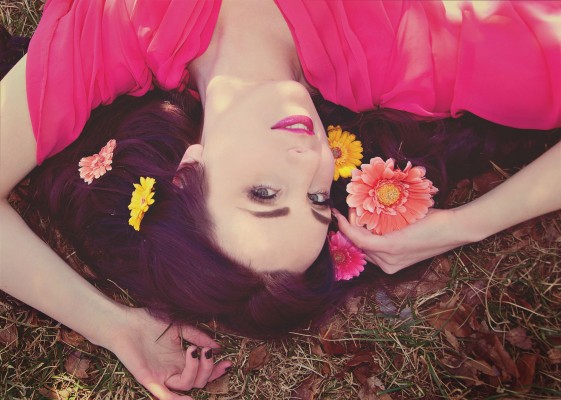 KK: Oh yeah, but that’s what this industry does to you [laughs] No seriously. It has certainly evolved Connor and I both over time.  We’d like to think it’s for the best though.

NR: It’s theatrical though. You did say you were from a theatre background.

KK: It’s very theatrical and 100% reflects the sound of the music.

NR: So not Katy Perry, but not Marilyn Manson.

KK: Exactly, yeah, we’re somewhere in between there.

NR: So you’re not wearing some androgynous body suit on stage?

KK: No, but we might you never know [laughs]

KK: It just depends on the message of the song.

KK: I think you’ll like them. Those are the two people we are kind of a cross between. On the branding thing. We really thought about our message. We really want to shed as much light on the darkness and rooting for the underdog, a celebration of life and the human experience. There’s light and dark aspects in both so we celebrate both extremes.

NR: How did the connection to the film come about?

KK: We were approached by the producer. Connor and I celebrate the underdog, the fighters, and overcoming obstacles in our songs.  We also celebrate and believe in both the dark and the light.  All of this really resonated with them because Butterfly Kisses is actually about a young woman who is contemplating committing suicide and the struggles she is going through. We wrote Butterfly Kisses for their film based on that struggle and not giving up.

NR: That’s coming out in the spring? Is it a local film or is it a world wide distribution kind of thing?

KK: It is going to be a national distribution to in indie theaters.

NR: You recently played a gig. What was the audience like?

KK: Yes, we played the ArtLightenment Art and Film Festival about a week ago.  The audience was amazing.

NR: What is Art Lightenment? Were there other bands playing there as well?

KK: No, we were the only music and we actually opened the award ceremony that night. So, that was great!  A majority of the people there were visual artists and filmmakers.

NR: It hits all the bases…

KK: We definitely resonate within the artistic community. So, yes, it was really cool playing for people we knew it would touch bases with and effect.

NR: So as far as the music release coming up, is it an EP or a full release.

KK: We’re actually going to be releasing singles through an app.  Butterfly Kisses will release in the Spring and then the other tracks will be released based on what we’ve observe from the first.   We have a lot up our sleeves.  It’s just timing.  So I’ll let you know.

NR: That’s about 45 minutes worth of material, pretty standard…

KK: They’re ready to go. We are just waiting for the right moment. They are like our little children.

NR: ??? So give us a picture in our minds eye of the stage and of the theatrics of your live show. 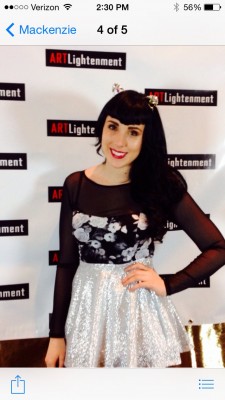 KK: I was wearing bedazzled cat ears at the Film Festival. For the one before, I had customized and attached pinwheels to the top of my dress on my boobs [laughs]. The song was kaleidoscope so, it was clearly a no brainer.

NR: So do you have someone doing custom dress work or do you do it yourself?

KK: Connor and I do it all ourselves.  We could basically outfit the cast of Xanadu at this point.  No, not yet…we’re not that cool.  But maybe one day!  Gotta have goals.

NR: It’s fun though right? That’s why you have the Katy Perrys and the Lady Gagas of the world right?

KK: Oh yeah, we are all about it.  We hold our visuals to the same standard as we do our music.

NR: I guess that’s the reason I ask that is because it’s as much of a visual experience as much as it is auditory.

NR: So what are we tasting?

KK: Well, we have some pretty interesting drink ideas.

NR: You could have the bar serve special drinks when you play.

KK: Exactly, we’ve partnered with a  food truck to do exactly that. Create a specialty drink and be at our events.

NR: So would you say your influences are Katy Perry and Lady Gaga?

NR: Do you have any gigs coming up?

KK: Yes, we are playing December 17th at Cafe Coco in Nashville.

NR: When you play out do you get to play with other bands much?

KK: Lately, we’ve been collaborating a lot with Hooligan Recordings and Gold Dash at house parties.

NR: How does your songwriting begin?

KK: We just hear something whether it be a melody or an idea and it goes from there!  Connor and I make a great team because he push each other in different areas writing wise.

NR: Do you have anyone helping you on the business side?

KK: We are currently managing ourselves.

NR: Say I’m a teen or in college and thinking about putting together a band. Do you have any tips for those folks?

KK: Yeah, I would say listen to your inner six year old.  If you’re doing something your younger self wouldn’t approve of, I’d say most of the time, don’t do it.  Stay true to who you are and think on your feet.

NR: I have a six year old and I’m thinking….noooooo I don’t think so…

KK: Well, also surround yourself with the best people you can.

NR: See that six year old part would mean I could jump from the couch to the chair in the living room….

KK: Yeah pretty much. No really….

NR: Where can we hear some of the samples of your music?

KK: You can hear samples at Kenzie Kaos dot com.

NR: Where will you be in 5 years…stupid interview question….

KK: I hope I’m alive…I would really love to be touring full time.

NR: Who would you tour with?

KK: I would love to tour with Lady Gaga of course, but in reality, Phantogram, Crystal Castles or Cherub.